A Chain of Independent FBOs 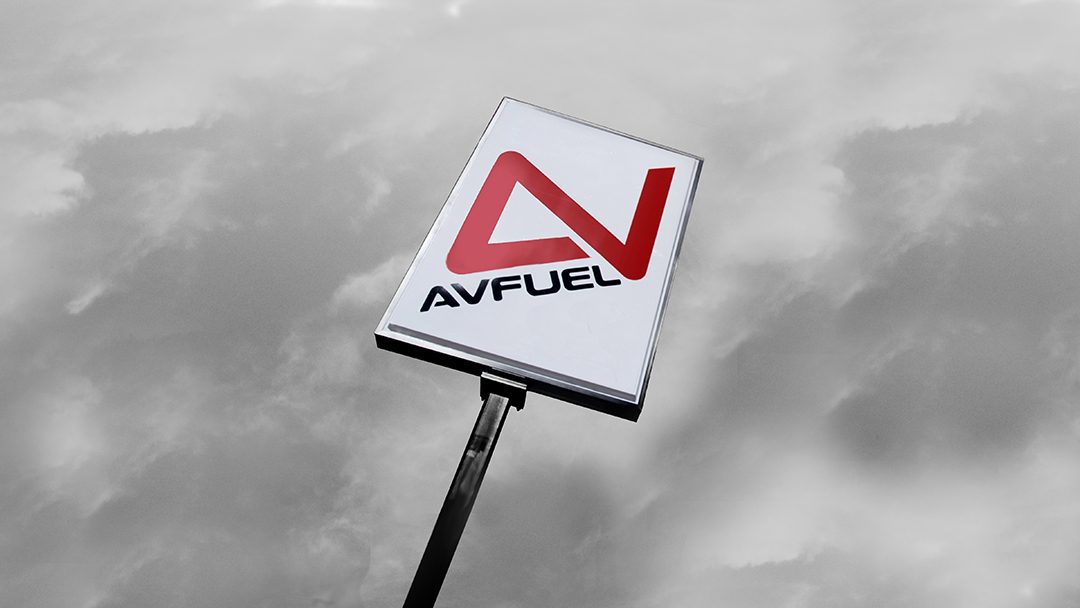 There’s a certain level of consistency you can expect when traveling within the Avfuel Network, but our “Chain of Independent FBOs” are just that—independent. While you can expect high quality service and product at every location, here are some of the many Avfuel-branded FBOs that offer something a little unexpected. 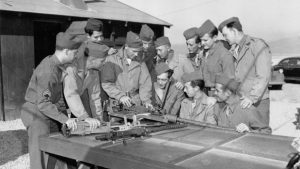 Wendover Airport is the world’s only remaining, fully operational airport of the World War II era, accommodating military, commercial and general aviation customers. During WWII, Wendover operated as a training site for B17, B24 and B29 flight crews, including the Enola Gay and Bockscar crews responsible for deploying nuclear weapons over Japan in 1945. Fly in to Wendover to visit the site’s WWII museum and historical buildings—such as the Enola Gay Hangar and Service Club. wendoverairbase.com 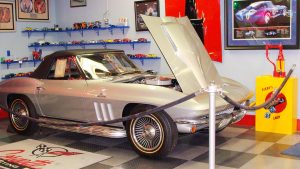 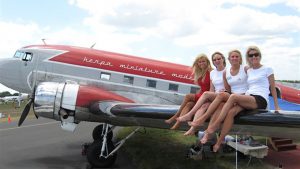 Get your service at this Dallas Executive Airport FBO, and get your history at the Commemorative Air Force Headquarters located on the field. CAF is a nonprofit organization with a mission to educate, “such that generations of Americans will value and support the contributions of military aviation in assuring our nation’s freedom.” The CAF fleet of warbirds, known as The Ghost Squadron, consists of rare bomber, fighter, foreign, liaison/transport, cargo/transport and trainer aircraft. jetcenterdallas.com 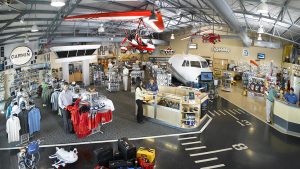 Guests at Banyan Air Service not only enjoy exceptional service, but also have access to the 5,000+ square foot Banyan Pilot Shop in Hangar 63—the largest pilot shop in the country! Guests can peruse a wide array of merchandise and hop in the cockpit of a Gulfstream II fuselage right in the store. The custom-built Gulfstream is loaded with Microsoft Flight Simulator X and X-Plane 10, so visitors can feel what it’s like to be in control. banyanair.com

KFHB was built by the U.S. Navy during WWII to train pilots on the F4U Corsair fighter plane—“the Bent Wing Bird.” The new terminal building—opening in June 2018—was designed to represent the Corsair with its distinctive inverted gull wings. As the new FBO located in the terminal building, Bent Wing Flight Services is proud to honor the history of the airport’s military roots. bentwingflightservices.com 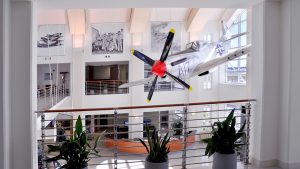 Visitors to Base Operations at Page Field will be surprised to find a full-scale P-51 Mustang replica hanging from the modern facility’s ceiling, along with a fully restored AT-6 Texan trainer displayed outside. Guests can also spend time looking through local World War II artifacts and photographs on display throughout the FBO. These historical features pay homage to the airport’s rich history as a WWII advanced fighter training base, with 276 officers and 1,393 enlisted men training on the P-39, P-47, P-40 and P-51 fighter planes. baseoperationsfmy.com