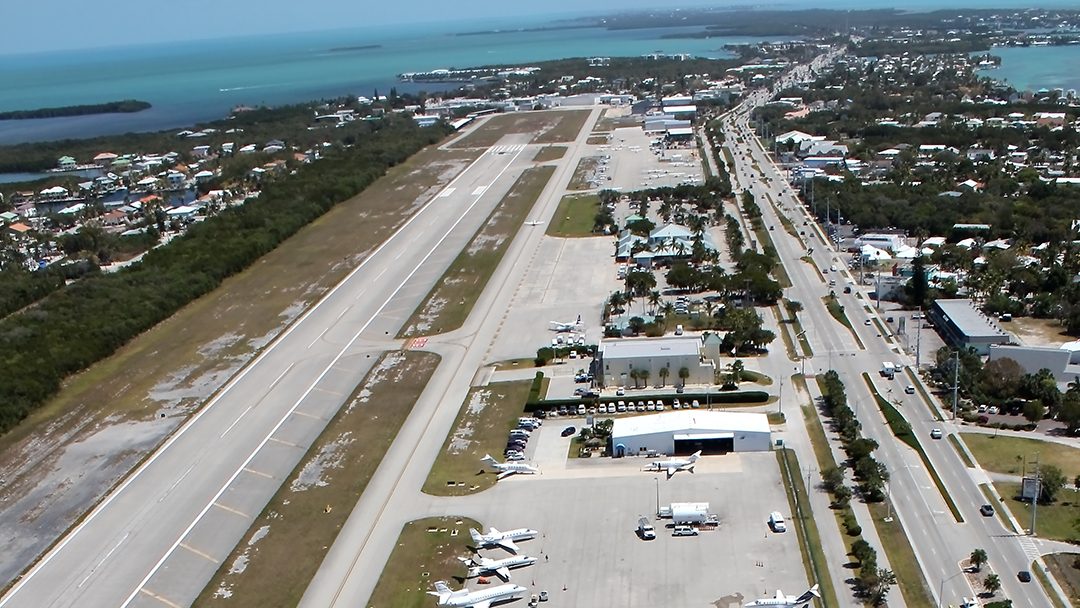 Marathon is highly regarded as a premier destination location with 30 percent of traffic flying in to nearby resorts that are open for business following last season’s storms, including Cheeca Lodge & Spa, and Hawks Cay Resort. Vacationers also look forward to the opening of Little Palm Island Resort & Spa (late 2019), and Isla Bella Beach Resort (January 2019) in close proximity to the airport.

And with the customs facility once again open on the airport field, Marathon Aviation Associates is the most convenient choice in Florida’s southernmost area for final destination and stopover traffic alike. Marathon is a straight arrival from airway UG448, which offers traffic a customs stop without deviation from Latin America to Florida, allowing aircraft to reposition or simply avoid the hassle of Miami’s bustling air traffic and customs services.

“Marathon Aviation Associates unlocks access to the Florida Keys for operators in the Avfuel Network in addition to serving as a key international gateway—this is a major strategic location and we see a lot of promising opportunity in this partnership,” said Joel Hirst, Avfuel’s vice president of sales. “The Marathon team has an upstanding tradition of excellence, and we’re honored to be associated with that.”

Indeed, Marathon Aviation Associates has established itself as a premier aviation services company and is celebrating the airport’s 75th anniversary this October. A free celebratory fly-in will take place in conjunction with Fantasy Fest on October 20 from 9 a.m. to 5 p.m., featuring historic aircraft and antique cars, military planes, food by Irie Eats, music and vendor booths, a petting zoo, and more.

And while the company pays homage to its historic roots, it also prepares for new developments at its west jet fuel facility: Marathon Jet Center. The full-service FBO will finish construction on a new hangar this winter as well as a new FBO facility in the first quarter of 2019.

In the meantime, Marathon Aviation Associates’ east avgas facility is installing two new self-serve units by the end of the month, allowing two aircraft to fill up at once—a major benefit for traffic from the Bahamas that frequent Marathon General Aviation.

“This is an exciting time for Marathon Aviation Associates,” said Martin Hiller, the company’s president. “We look forward to serving our customers with enhanced services and amenities through our partnership with Avfuel and our upcoming developments, making Marathon an ideal choice for their island vacation or mainland stopover.”

Those attending the 2018 NBAA Business Aviation Convention and Exhibition in Orlando (October 16 – 18) can visit with both the Marathon Aviation Associates and Avfuel teams on the show floor.