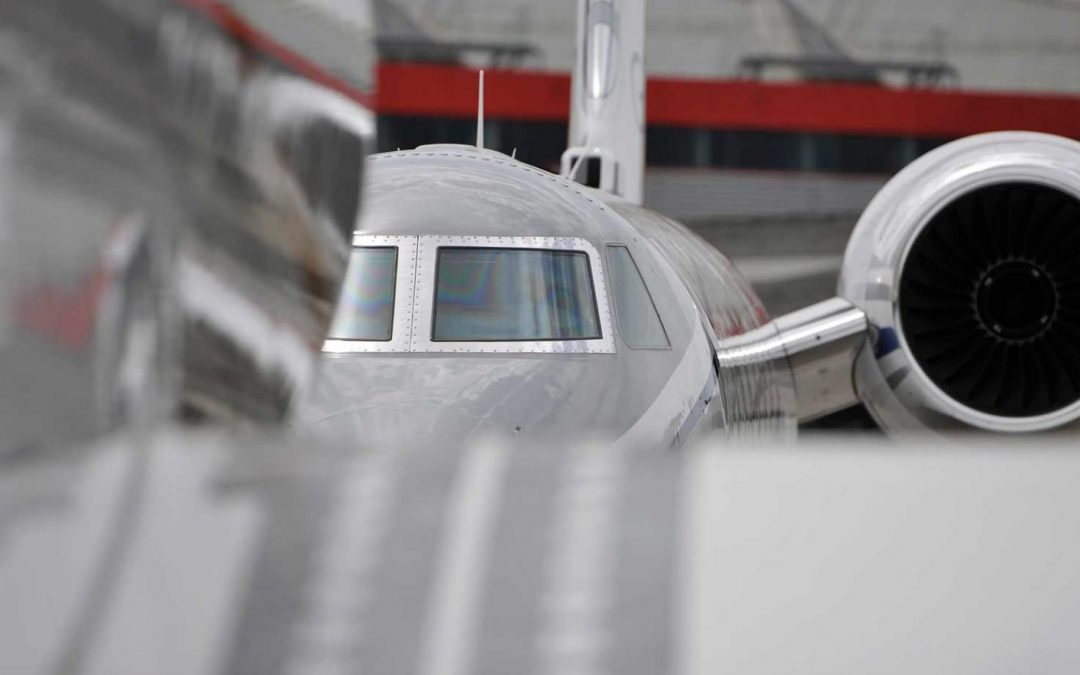 Written by Mark Phelps / Published By Business Jet Traveler / May 2020 –

A traveling salesman who is out of work and behind on his bills hears a knock at the door. He opens it to find a man on the front porch who says, “I’m here to get you back on your feet.” The salesman’s hopes are dashed, however, when he finds that the man is a tow-truck driver there to repossess his car.

The story may be amusing, but as anyone who relies on a vehicle for work knows, its loss would pose a major hardship. Dare we say the same about a company and its business aircraft?

When we start to rebuild our economy after the coronavirus tidal wave finally begins to ebb, business aviation will once again face a long-time challenge. In periods of financial distress, the company airplane (or fractional share, jet card, or charter account) is often an early casualty on the corporate budget and the last to find its way back. Just as often, however, it’s the mere appearance of excess rather than the bottom-line reality that drives the decision. And as business aviation users, we are partly to blame for bowing to those skewed optics.

I remember reading about a company in Florida that sold its light jet during one of the recent financial crises. In its public statement, the company noted that the airplane was responsible for measurable revenue far beyond its cost; it admitted that it made the decision to sell so as not to appear to be fiscally irresponsible. Rather than publicly correcting the false impression that a business aircraft is just a luxury perk for its top executives, all too often a company will duck, absorb the hit to its profits from losing the services of business aviation, and carry on. Each time that happens, the stereotype gets that much more firmly entrenched.

Time after time, business aviation users make the same mistake, running for cover in times of financial downturn and waiting for the barrage to blow over. We just seem to assume that no one who doesn’t use corporate aircraft has the capability to appreciate their true value, so there’s no point in fighting back against the image of gold-plated “luxury” jets.

Maybe the car analogy can help. But you need to stick to comparing personal cars and trucks directly used for business purposes with turbine aircraft. It’s safe to assume that, starting with turboprop singles, the majority of general aviation aircraft are used—at least partially—in business applications.

This is a good place to consider the grain of truth behind the public perception. Yes, there are expensive turbine aircraft that serve purely as personal transportation for 0.01-percenters. But they are the exception rather than the rule. And it’s worth noting that, for publicly traded companies, personal use of corporate aircraft is strictly regulated—it has to be reported as compensation for tax purposes. While it would be naïve to believe these rules are never broken or stretched, it is nevertheless important to acknowledge that those who do the breaking and stretching are, in fact, violating the law. And in the vast majority of circumstances, business aircraft are just that—aircraft used as a tool to benefit the business.

The National Business Aviation Association and other trade groups are always on the lookout for misleading reports on the industry, and they do a good job of responding. But we all need to pitch in to spread the word.

So, challenge the critics with this: Would they ask an on-the-road salesperson, retail-chain district manager, cleaning-service worker, or home inspector to give up their company cars and vans when times get hard? Should we expect them to make do with public transportation? That might be just an inconvenience in a city, but what would it be like if those professionals who served the suburbs or more rural areas lost their vehicle and had to wait for a bus or a train, get off at the closest stop, and then walk an hour or more to their destination? They’d be out of business in a hurry, and their customers would be without the service.

We measure and confirm that return every day. Few flight departments would last long if they didn’t. So why can’t we make the same case in public?