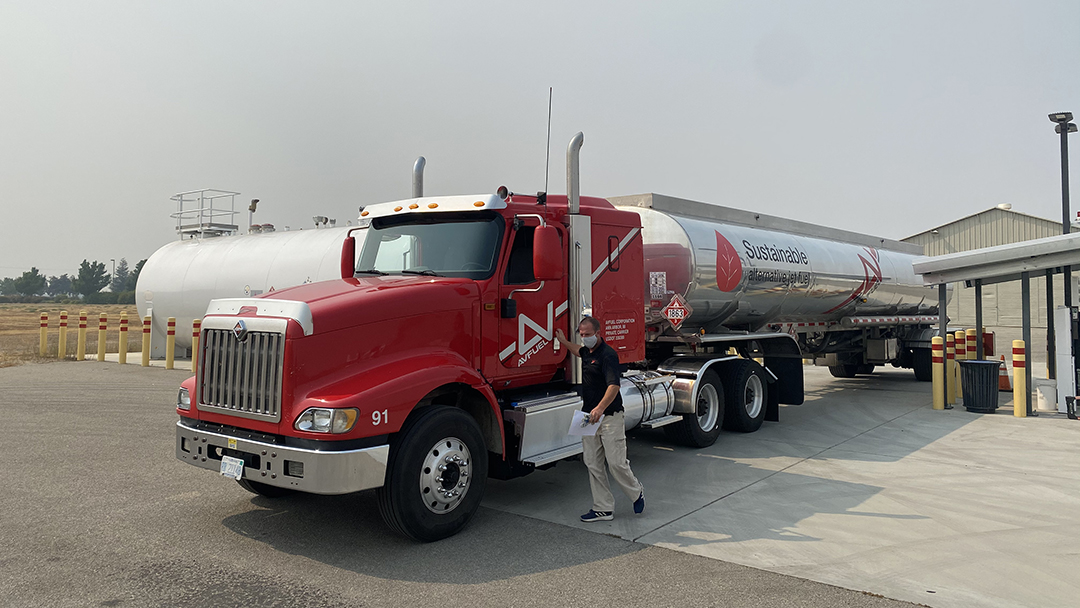 PASO ROBLES, Calif. / August 25, 2020 / GENERAL AVIATION NEWS – As hundreds of fires rage throughout California, devastating communities and diminishing air quality throughout the region, ACI Jet works diligently to support its beloved home in every way it can: by providing service to life-saving aerial firefighting operations and taking on two loads of Avfuel SAF mid-August to support clean air initiatives.

ACI Jet Paso Robles (KPRB) is well-known by the aviation community for its extensive fire suppression support. The FBO fuels dozens of aircraft when there are fires in the area. Since the beginning of July, ACI Jet Paso Robles has supported firefighting efforts by safely executing more than 350 fueling operations for Cal Fire and the US Forest Services. This included the OV-10, King Air, S2s, various helicopters, 737, MD-87, C130, RJ85 and the BAE 146. 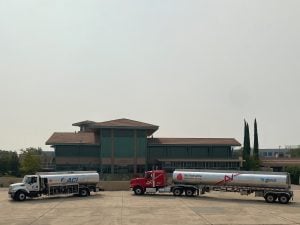 “Our team is proud to work with the brave pilots who fight for the safety of our communities through aerial fire suppression activities,” said Luke Newlon, general manager, central coast for ACI Jet. “It’s just one example of how general aviation is here to serve its communities and the important role it plays in safety and health.”

The significance of the event was not lost on the ACI Jet Paso Robles team as it accepted the fuel load on a day when the city was ranked as one of the worst locations for air quality in the world due to hazardous smoke.

“ACI Jet is pleased to participate in these one-off demonstrations to prove that sustainable aviation fuel is a viable alternative to traditional petroleum-based jet fuel,” said Andrew Robillard, ACI Jet’s vice president of FBOs and facilities. “The demand is there. The infrastructure is there. We just need supply from producers to catch up. Sustainability is a new frontier and we’re thankful to have worked with Avfuel as a leading pair in this initiative.” 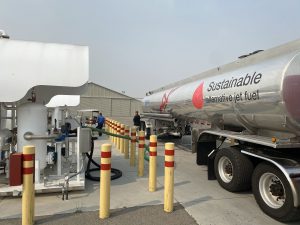 “We are grateful to partner with a sustainably-focused operation like ACI Jet to support a brighter, cleaner future,” said Mark Haynes, vice president of sales for Avfuel. “The work ACI Jet is accomplishing to support its community through fire suppression and accepting SAF makes it a model in our industry for the good general aviation can and does do for our world.”

While a commercial ratable scale of SAF is still the industry’s greatest hurdle for its widespread adoption, Avfuel hopes raising awareness through one-off demonstrations, like these loads at ACI Jet, can inspire commitments and demand for SAF to further encourage production. Avfuel continues to work diligently to source, test, blend and ship SAF within the business aviation community.

Those interested in learning more about sustainable aviation fuel are encouraged to visit avfuel.com/Fuel/Alternative-Fuels or contact Keith Sawyer, manager of alternative fuels, at [email protected] for more information.